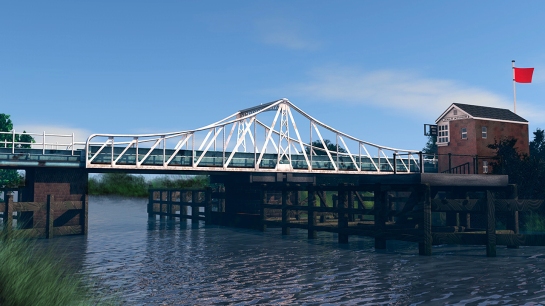 Rather than being on the water, we’re traversing it by train this time, as I attempted to model a historic broadland swing bridge. This particularly idyllic example is heavily inspired by that of Reedham, and the near-identical twin at Somerleyton. I’m sure we all recognise it as the backdrop to Annabel Croft on the Norfolk episode of Interceptor.

Built at the turn of the twentieth century, succeeding older, single-track structures, the two were – and still are – instrumental in linking both Great Yarmouth and Lowestoft to the city of Norwich without disruption to wherry trade. 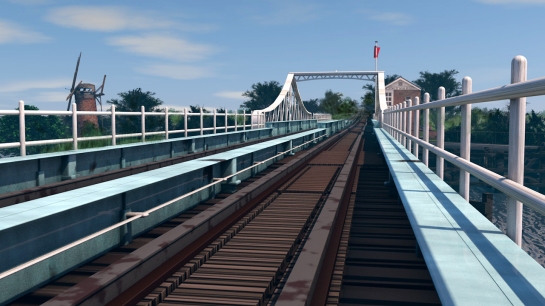 There’s a single red flag flying above the signal box, which means swinging will happen on request… 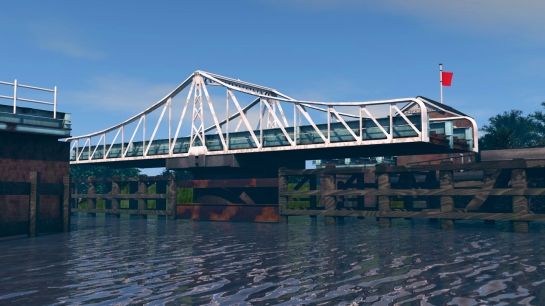 Note that the derelict drainage mill appears to have been demolished in all but one of the shots. In reality, I removed it because I thought it jarring, conflicting with the bridge, which really is the star of the show here. As a compromise, I did regenerate the mill and give it a shot of its own: 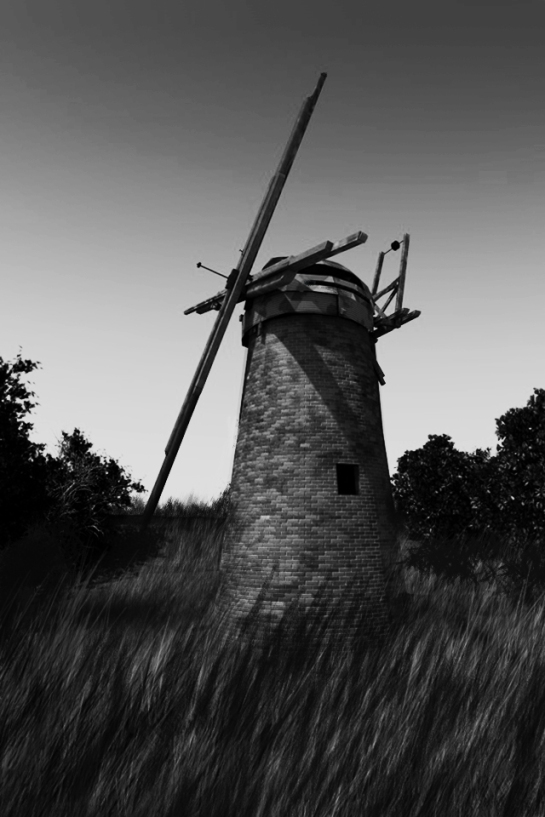 I had this brainwave in the shower, naturally, and by the time I’d got myself in any condition to make, had convinced myself that this would be too much for both the computer and myself. How happy I am to have, in this instance at least, proven that persistent voice of doubt wrong – even if I was up until after 5AM tending to it. That may sound naughty; it is late even for me! But I rarely sleep anyway, so I think it better to be up and doing stuff. There’s much to be said for having the dawn chorus as soundtrack! 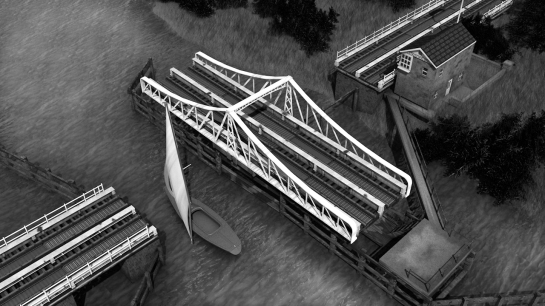