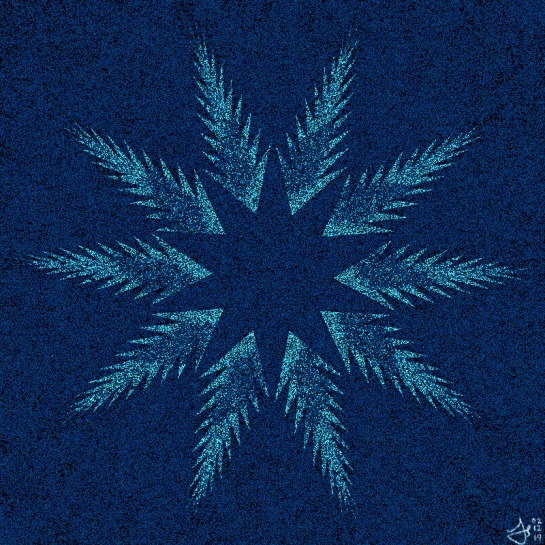 Well, it’s time to jolly things up a little bit. In truth, I feel a lot less dumfungled than I did at the beginning of the weekend. In fact, I feel a weight has been lifted, and now I’m even kind of looking forward to Christmas.

I could make a quip about such a boost leaving me pining for some artsy times but, honestly, these have been sitting around for a fortnight or so. I mentioned in a previous post that I wasn’t sure of how much time I’d have this month, so this was a Christmas card scramble, just so that I’d have something to deliver. As it turned out, I’ve actually had an awful lot of free time thus far (at least, as much as one can have juggling everything at this time of year) and these have been pushed into second place, with hopefully something nicer coming a bit closer to the event. Well, now you have a choice of two!

As you can hopefully gather, I attempted to abstract some pine cones. It’s simply an arrowhead shape cloned, there really isn’t much else to say about that. I did, however, have quite a play around with compositions, and even more so colour; even the glitch effect wormed its way in, as you can see above. Perhaps a bit dark and too cold, even for Crimbo, but I do rather like it nonetheless! 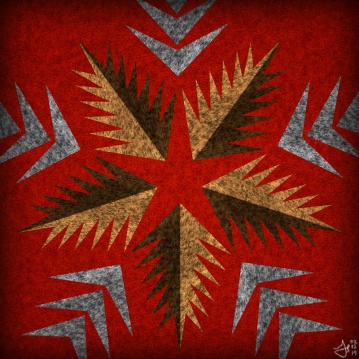 I think my favourite is the five cone star, as seen above, with the extra points thrown in. This would have been the e-card of 2019, but I think what I have is a little nicer (if equally unoriginal). You’ll have to wait and see on that score. But, again, this is fun and, as Mr. Literal, it’s nice to be breaking away from that slightly and thinking design for the first time in a while.