It’s that rare time once again where I can actually sit down and cut some letters. I feel like every time I moan about not having the time for it, but I suppose it  at least makes me enjoy the process a little more.

Anyway, this time – and for whatever reason – I went for a fusion of steampunk and industrial forms. Indeed, ‘fusion’ ended up being the operative word for this project, as I then began cutting the final alphabet up and, well, fusing them together (in Photoshop, and quite badly… but it, er, adds a slapdash charm to the thing, right?). I do like to do this, although my tutors back in the day would probably have considered it indecision or a lack of confidence. They might have been right, but oh well! It enables alternatives to be substituted in, and I don’t really see that variation as a negative. I even ended up with a gothic-tinged M made from a B and two overlapping As, which you can see in the gallery below. These are the fruits of the iterative process. Perhaps I could attempt an ‘industrial gothic’ face in the future?

Lots of bulky, rigid slabs here with some Channel 4-esque blocks thrown in to make these weird letter machines, but I did make a conscious effort to try and include some rounded forms for appropriate letters, something I was initially going to avoid. They are probably the weakest of the set, but forcing myself to try was better than chickening out, and the S actually turned out alright. 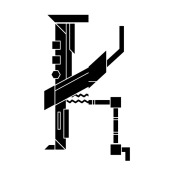 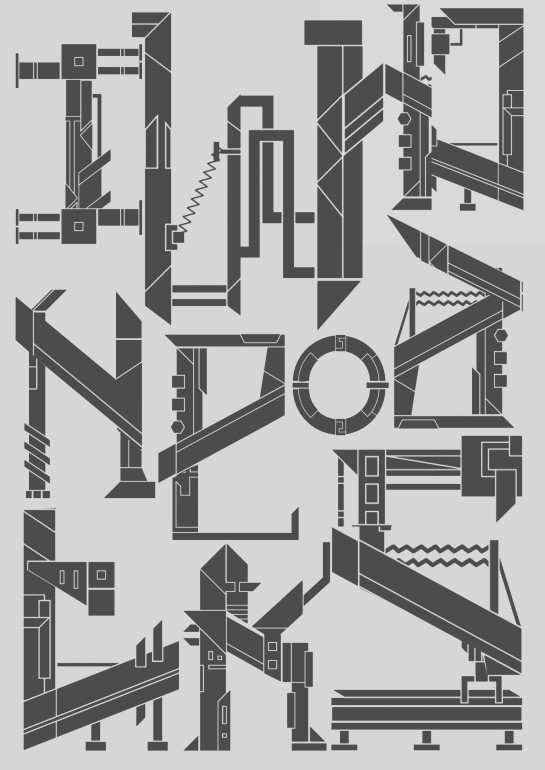 It was after all this smooshing and fusing that I came up with the name: Bits + Bobs…

..but don’t let the cutesy name fool you; they can still look rather brash when blown up. I even tried linking the forms up to create a more literally mechanical feel. 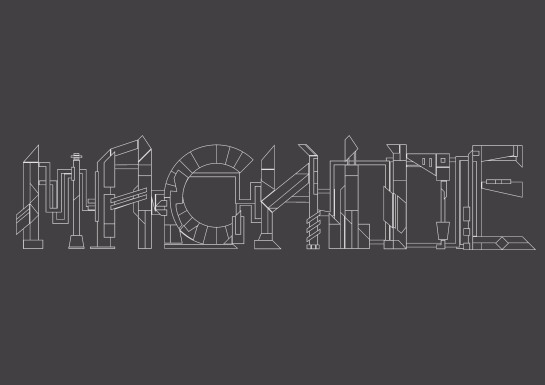 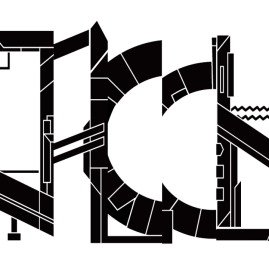 Well, if I routinely complain about not having the time to do this more often, then I surely finish with a comment about how fun it was. But it’s true! Once a semblance of concept emerges, the time just flies by.