I’ve been in a typographic mood of late – even more than usual. It’s most welcome. Even so, this was a bit of an impromptu jolly; I was playing with a face I cut several years ago now, long before the days of this blog. It was called Electric, and this is shown in orange above. Inspiration came from the frontage of a rusty, run-down electrical shop in Norwich; it bore lettering of a slender form with enormous, authoritative slabs – delightfully retro-futuristic and, as such, most appropriate for a store likely still selling VCRs and 8-track. Them’s the future.

The blue counterparts were made this evening – essentially, I was curious to see what would happen if I were to reverse the thickness of each character, across the entire alphabet. It does look rather more burly, doesn’t it? Some letters were scuppered slightly – particularly Q – but overall it seems a worthy companion.

It’s quite fun using the two in combination.

The simplicity of both faces means you can do virtually anything with them. They can be warped, scaled, squashed, or pulled however you want, and still look pretty stable. Such versatility can come in handy when you have a specific message in mind.

I did also experiment with Illustrator’s ’rounded corners’ feature, which somehow managed to make the lettering even more delightfully retro:

Ah well, nothing spectacular but just a bit of fun. I’ve been so woefully unproductive this year, I’m going to jump on any burst of inspiration that I can!

Who needs rationale when it comes to making letters? I certainly don’t! The most fun lettering exercises, as I doubtless say every time (sorry) are the ones where you just run with something and see where it goes – it’s all about that iterative process, as one wonderful man always used to say.

And so, eyeing a coat hanger and seeing that its lines and curves could easily be bent into several letterforms spiralled into an afternoon of work. That’s an achievement in itself at the moment, regardless of the result. Thank you, coat hanger – potential there was! I ended up with a veritable wardrobe full of alternatives: 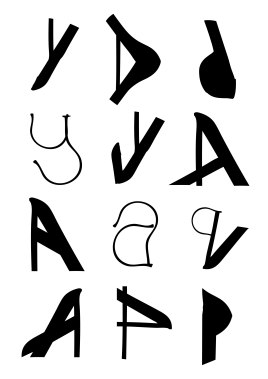 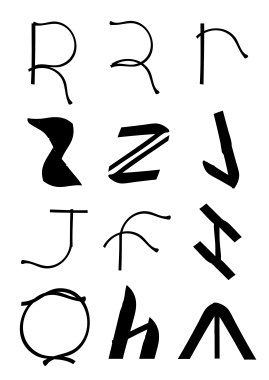 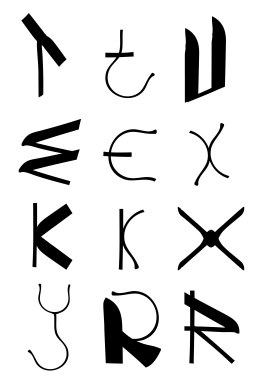 The process, there. Having sliced those up in Photoshop and Illustrator, they were a bit rough and ready, so I had a go at refining some of the stronger ones. Among my favourites are probably the M, W and E, who came out of the closet looking quite bold and trendy. I did enjoy using the hook for slimmer, twisty forms too, though, as you can probably tell. 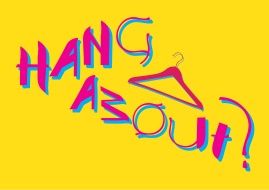 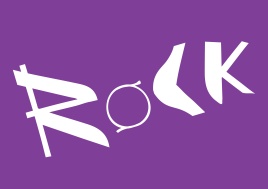 Well, it gave me something to do with my Sunday! I wonder if there are other objects lying around that I can subject to similar experimentation…